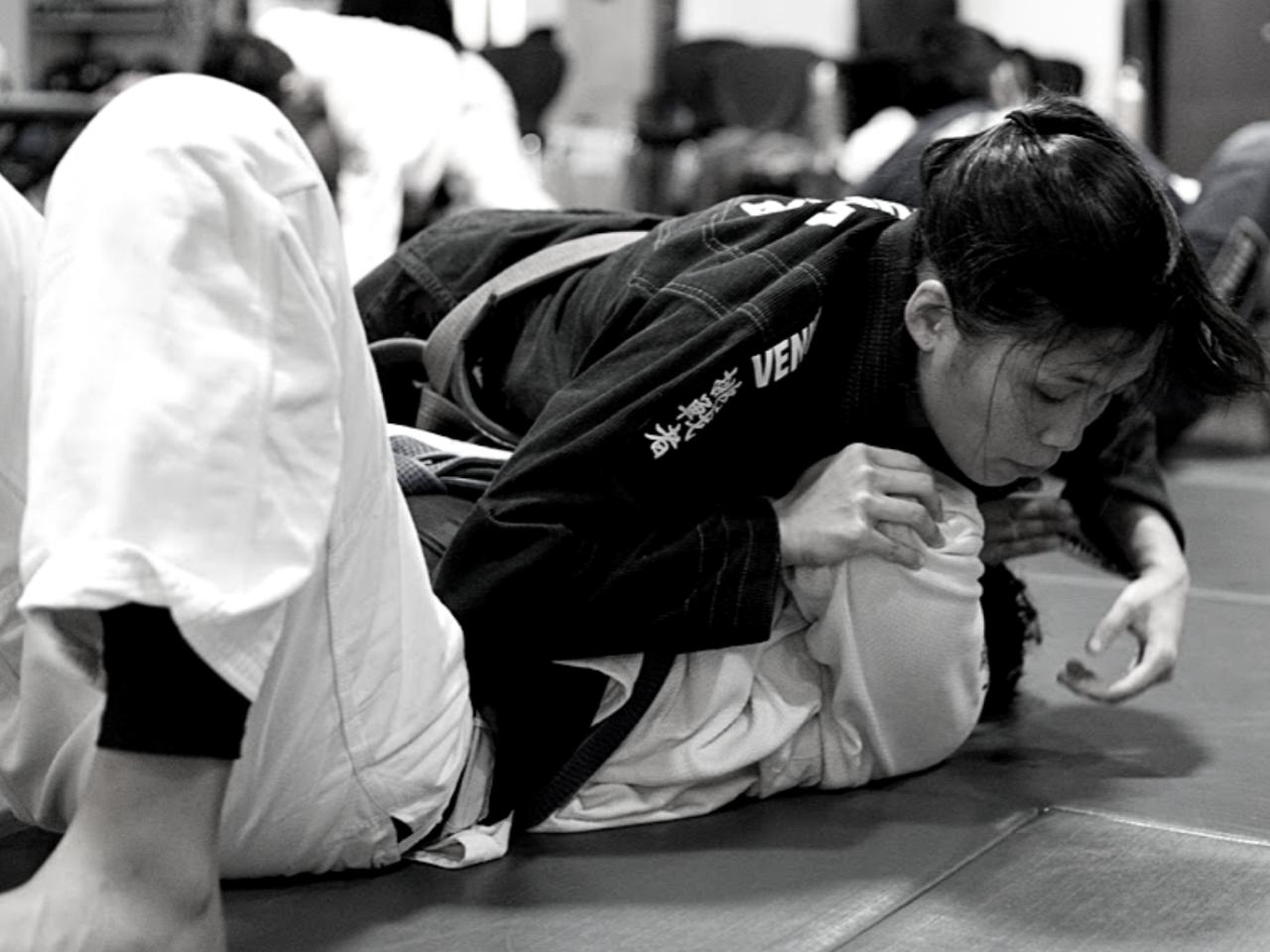 Brazilian Jiu-Jitsu (BJJ)
Created in Japan and honed in Brazil, Brazilian Jiu-Jitsu (or BJJ) focuses on leverage-based grappling techniques that are designed to neutralize much bigger and stronger attackers. While being a dynamic workout in itself, the focus of this cerebral art is to outwit and out-maneuver your opponent with technique rather than brute force. Class requires a Brazilian Jiu-Jitsu gi or kimono (available for rent at the front desk).

No Gi Brazilian Jiu-Jitsu
Sharing the same principles as classic Brazilian Jiu-Jitsu but done without the kimono, No Gi BJJ or Submission Wrestling as it’s sometimes called is a faster-paced take on the Gentle Art. The lack of grips and gi control allow for generally more dynamic movements and transitions.